Showing posts from May, 2012
Show all

I am stupendously pleased today to direct you to Amy Stern's latest post at the YA Subscription, "The Disreputable Analysis of Frankie Landau-Banks." Back in January, some friends and I spent two happy hours analyzing E. Lockhart's The Disreputable History of Frankie Landau-Banks . We filmed it. Amy has now uploaded 15 clips from our conversation, and done an awesome job introducing each clip in her blog post. Amy, you rock. Go watch, go listen. Join the conversation. All the participants in the conversation studied at the Center for the Study of Children's Literature at Simmons College ; if you're wondering what kinds of conversations can happen there, this is a good example. The participants are: children’s lit professor Deborah Kaplan ; children’s lit critic Rebecca Rabinowitz ; assistant agent at the Sheldon Fogelman Agency Amy Stern ; and YA writer Kristin Cashore. (*waves*) As a visual aid, here is my color-coded copy of Frankie. You know
Read more

A couple books I recently loved: Mystery of the Tempest: A Fisher Key Adventure , by Sam Cameron, which is kind of a brilliant, modern-day Hardy Boys-esque adventure in which the young detectives are identical twins, one straight, one gay. It's awesome to read adventurous hijinks in a familiar form (of the Hardy Boys/Nancy Drew ilk), but with diversity , on several axes. Book two, The Secret of Othello , comes out in November. And: What I Didn't See , stories by Karen Joy Fowler, is spectacular. Some realism, some fantasy, some Shakespearean and fairy tale themes, some historical fiction, especially about the Booth family (of first theatrical, then assassination-of-Abraham-Lincoln fame). My favorite stories in the collection: "Booth's Ghost" and "Halfway People." I understand that the paperback is coming out this summer. For those interested, the New York Times has changed its mind and decided my books are a series after all, so if you're look
Read more

To the Indies with Love; Plus, a Rant about E-Books

I want to share some of the awesomeness of independent bookstores with y'all. These pictures are inadequate at expressing the full experience of my tour, because they only show two of the bookstores I visited -- but they'll give you an idea. The first is Children's Book World in Haverford, Pennsylvania . This was just the best event ever. The booksellers at Children's Book World went all out. Also, I have family and friends in the Haverford area who were able to come. Thank you, Children's Book World, for throwing a FABULOUS party, and also for giving me the venue to perform in front of loved ones, including my parents.  At Children's Book World... ... I got to sit on a throne and read to the lovely people!  Check out the spread!  Blue cupcakes. Blueberries. Key cookies.  Bread! The second is Wild Rumpus , in Minneapolis. I had a school event with Wild Rumpus, then had the opportunity to visit the store afterwards. If you're ever in
Read more

Before I get to the questions, I love Justine Larbalestier's recent blog post, written to her friends and extended family: "You don't have to read my books." Now seems like an appropriate time for me to link to it, since I have a new book that's just come out. Friends and family who might be feeling obligated? YOU DON'T HAVE TO READ MY BOOKS! Read Justine's post -- she explains lots of great reasons why. Now, SPOILER WARNING: These questions/answers don't contain any significant Bitterblue spoilers, but the first two questions definitely contain significant Graceling spoilers. 1. In your acknowledgments for Bitterblue , you included an interesting mention having to do with Po, disability politics, "magical cures," and your own failings as a writer. Would you talk a little bit more about what that was all about? Here is the section of my Bitterblue acknowledgments to which this question refers: Thanks to Rebecca Rabinowitz and Debor
Read more 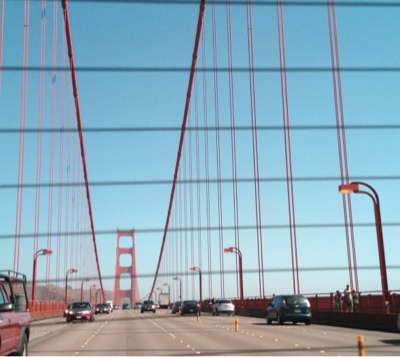 How appropriate that on the last day of my book tour for Bitterblue , the drive to the airport should bring me over one of the world's most beautiful bridges, the Golden Gate. Bitterblue is out in the world. Fly, my little bird. I'm on my way home.
Read more 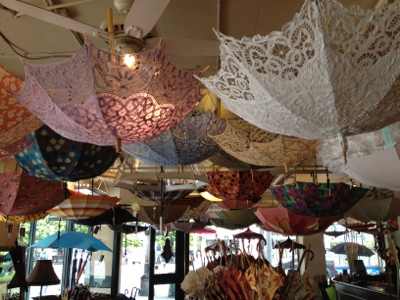 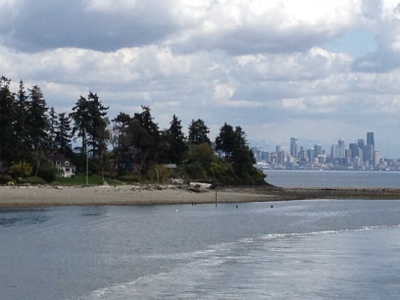 Today I took a ferry from Seattle to Bainbridge Island and back again. In the course of that ferry ride, first I got some super good personal news that I'd been hoping for; then I found out that Barack Obama had endorsed gay marriage; and then I learned that Bitterblue had hit #2 on the New York Times bestseller list. Seattle? Thumbs up on the ferry rides. (BTW, for those inclined, check out the New York Times Book Review this Sunday for Gretchen Rubin's incredibly kind review of Bitterblue .)
Read more

Dresses in a Seattle Shop Window

Some of these photographed better at night, and some were surprisingly interesting during the day when the window was reflecting the street. The store is Luly Yang.
Read more 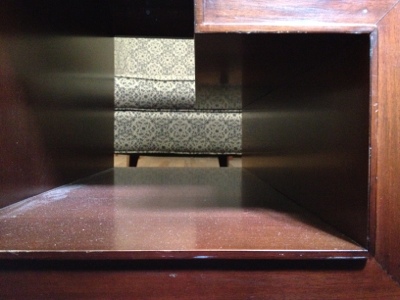