Showing posts from August, 2010
Show all

Angel to the team: This may come out a little pretentious, but one of you will betray me. (Spike raises his hand to volunteer.) Angel (giving Spike a disgusted look, then turning to Wesley): Wes. Spike (disappointed): Aw! Can I deny you three times? As a writer who's also a workaholic, sometimes I need a particular kind of rest. Namely, I need to take a break from output and spend some time on input, as if I'm refueling. It's tricky, because when this happens, I need to find things to read or watch or do that will NOT encourage my mind to spin about my own work. IOW, I don't sit down with a novel or movie that has similarities to my own -- because that would not be restful. But I *do* watch Friends reruns, and maybe read some scifi or Peanuts or nonfiction. My instincts tell me when I need this kind of rest, and I always listen, because not listening -- keeping working -- leads to burnout. Consequently, this weekend, due to my fondness for Ving Rhames, Jo
Read more

In Which the Babies Discover Leverage

The Internets surely are dangerous today for people (i.e., me) trying to avoid the temptation of Mockingjay spoilers. That's why I'm going to blog about twin babies! So, here's the thing about twin babies: the ways they interact with each other are awesome. For example, the way the awake one tries to wake up the sleeping one: by patting her stomach, rolling around on top of her, and yelling, "ERRRRRRRRRRRRRRRRRRRRR!" Or, the way the cheerful one tries to cheer up the fussy one: by patting her stomach, rolling around on top of her, and giggling, until both babies are giggling and rolling together. This is IMMENSELY awesome. And how about when they work together as a team? The other day, I was in the kitchen, throwing some yummy baby foods into the crockpot. The babies were in the (baby-proofed) office, with the double stroller, wheels locked, in the office doorway, blocking them inside, akin to a baby gate. The babies were being pretty quiet, hanging out t
Read more

Sometime in July, I got a massage. Before we started, as usual, I gave the masseuse a rundown of all the little aches and pains, pulled muscles and bruises I had so she would know what she was working with. It was a longer list than usual, and then, after we'd started, she kept pointing out problems I hadn't even realized I had. Finally, when she pointed out that my knee was puffy, I said, "I'm a wreck!" And she said, "Nah, you're just using what you've got." This summer, I've been using what I've got, all the time, to the extreme. I've been working really, really hard, and I've been playing really, really hard. Some of the time, I was working so hard that I had to stop trapezing because the pace of writing hurt my arms too much. And some of the time, I was up to my ears (well, more accurately up to my lower thighs) in HEAVENLY BABIES . So. This is not the most earth-shattering post ever, I know. I just wanted to expla
Read more

Perspective for a Friday

I continue to have the will to blog but not the time. Since I don't want to leave you all with nothing, here's some instant perspective: Source: Hubblesite.org Can you believe that beautiful thing exists in our world? (It's called the Sombrero Galaxy and you should really click on it to make it bigger.) I always find it comforting to realize how tiny we are. Tiny doesn't mean unimportant; it only means tiny. I like to think of myself and everyone else as a tiny, important part of an enormous gargantuan world. For a slideshow of some of the Hubble's best work, go here .
Read more

So, I've still got those posts I want to write about writing, and I have a little time tonight... but I just don't have the brainpower or the heart. Or, rather, I do have the heart, but it's otherwise occupied. Brain, though: definitely absent. In the meantime, in the world of the Internets, books, and television... Internets! Why on EARTH would Katsa and Hermione be fighting to the death? I keep trying to weigh their strengths and weaknesses and decide who would win, and I just end up giggling, because this is a fight that would not happen, except in the most bizarre circumstances. I'm thinking it would either need to involve a tragic misunderstanding that would lead to horrible guilt for the winner... or a weird circumstance in which the only way for one to save the world was to kill the other (i.e. -- BUFFY SPOILER! -- Buffy sending Angel into a hell dimension by plunging a sword into his heart)... which would lead to horrible guilt for the winner. Anyway, if yo
Read more

August 12, 2010
On the one hand, I have at least two posts I want to write about writing. On the other hand, I only have five minutes. Here's what five minutes gets you: You might find this fun. Thanks to many people for the link. You also might find this (below) fun! Thanks, Tui !
Read more

In Which a Dance Is Important (and Parentheticals Are Liberally Employed)

The people at So You Think You Can Dance presented an important dance last week, and they did it without any fanfare. Usually, when SYTYCD thinks they have a special dance, they over-explain it and over-inflate it to the point that by the time I actually get to see the dance, I already hate it. This time, not a word; they just let us figure it out for ourselves. As a result, it's hard to know how deliberate it was, but regardless, it was real, and it did happen: for the first time ever, they presented a same-sex dance in which the characters were in a relationship that could easily, without a stretch, be interpreted as a romantic pairing. It was choreographed by Travis Wall and danced by contestant Kent Boyd and all-star Neil Haskell, and by the way, in addition to being important, it was absolutely beautiful. I don't know how long this link will be up, but you might be able to watch it on YouTube . Some photos are here (click the right arrow at the top of the photo to see m
Read more

How to Be Alone

If you have 4 and a half minutes today, this is worth it. Written and performed by poet/singer/songwriter Tanya Davis. Directed, shot, animated by hand, and edited by filmmaker Andrea Dorfman. Thanks, Jess, for sharing this with me.
Read more

To Kill a Mockingbird Read-a-Thon at the CPL, Aug 5, 9am-9pm

Aunt Alexandra was fanatical on the subject of my attire. I could not possibly hope to be a lady if I wore breeches; when I said I could do nothing in a dress, she said I wasn't supposed to be doing things that required pants. Aunt Alexandra's vision of my deportment involved playing with small stoves, tea sets, and wearing the Add-A-Pearl necklace she gave me when I was born; furthermore, I should be a ray of sunshine in my father's lonely life. I suggested that one could be a ray of sunshine in pants just as well, but Aunty said that one had to behave like a sunbeam, that I was born good but had grown progressively worse every year. She hurt my feelings and set my teeth permanently on edge, but when I asked Atticus about it, he said there were already enough sunbeams in the family and to go on about my business, he didn't mind me much the way I was. If you're in Cambridge, Massachusetts tomorrow, August 5, and have a few minutes, stop by the (new!) main branch of
Read more

The Cuteness, It Burns 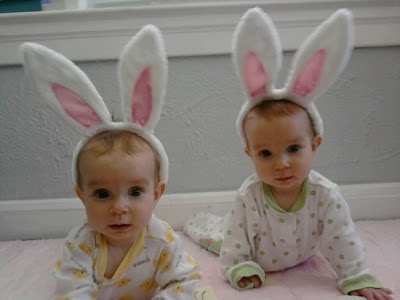 What used to be birthday week around these parts is now birthday month... because as I approach my 34th birthday, guess who -- and who else -- is (are?) about to turn one whole year old? That's secret codename: Phoenix on the left and secret codename: Isis on the right, in a photo taken way back in March. My nieces! Congratulations, codenames: Cordelia and Joe! You have gone almost an entire year without sleep!!! And my dad is also about to be a birthday boy! If life allows, I'll try to come up with a brand new birthday poll, but please don't hold your breath, folks; things are a bit hairy right now. Leos, unite.
Read more
More posts