While I printed it out, Kevin went through my wrapping paper collection and chose a really lovely one made of an old German map of Europe. 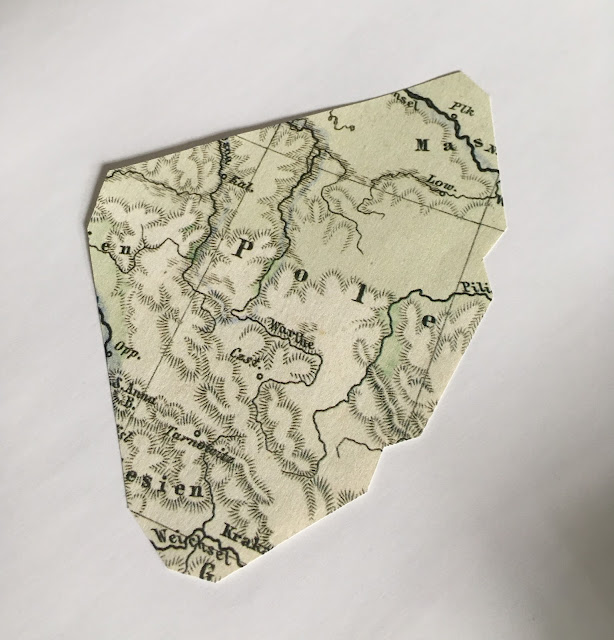 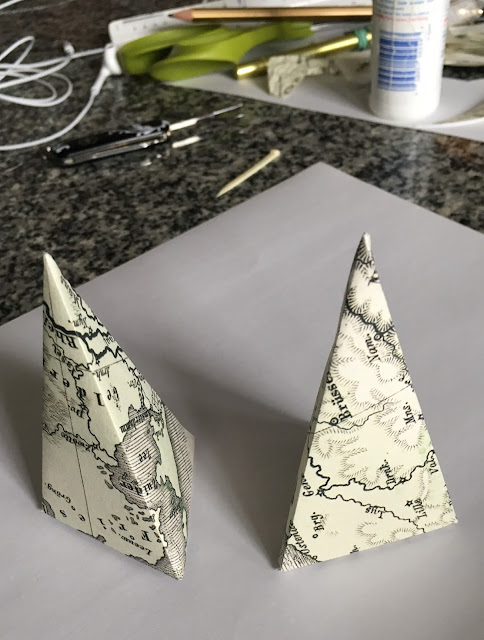 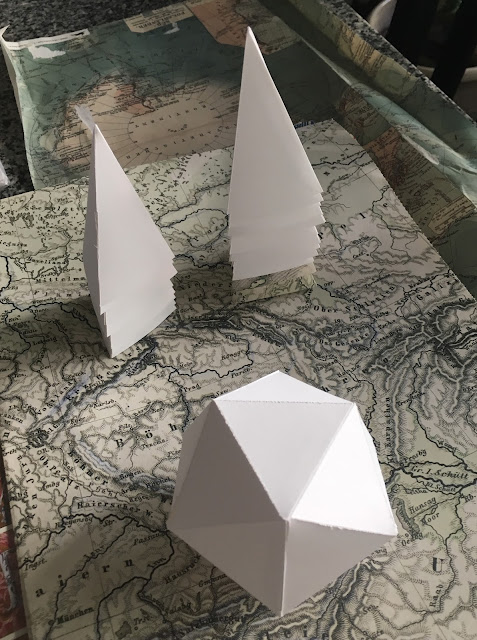 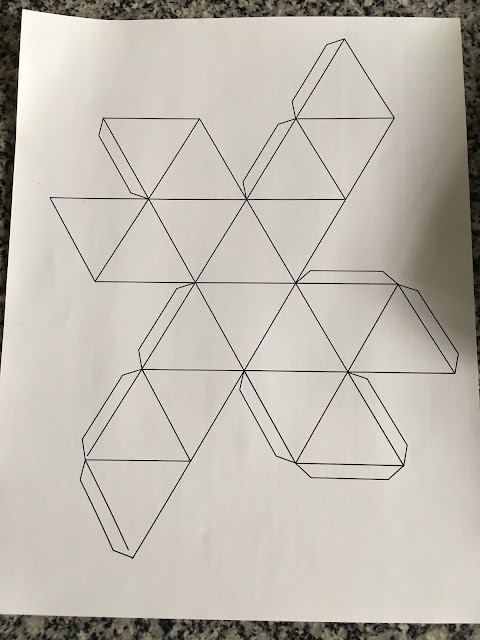 Of course I didn't think about the fact that I might want to blog this later, so my pictures are random and disorganized... sorry about that.

Next, I glued the twenty points to the icosahedron. This was funny at times. It looked like a weird pointy undersea creature. 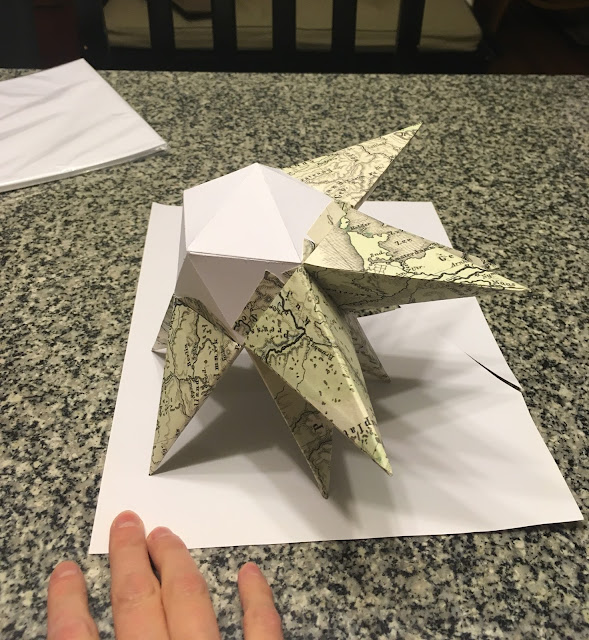 I realized at some point that I needed to cover the edges of the icosahedron with the map paper, because otherwise the white of the cardstock was peeking through. 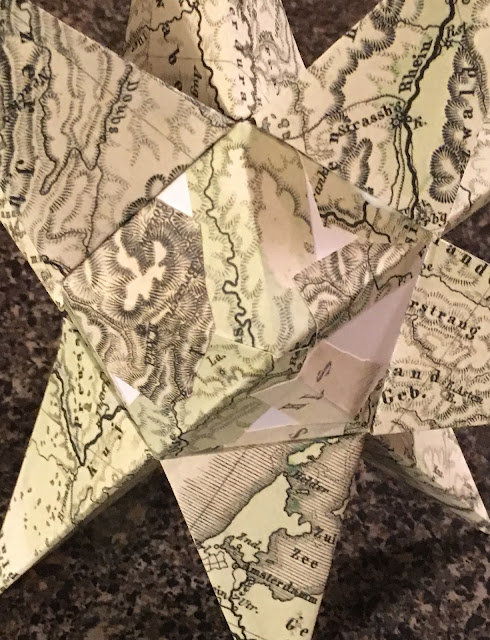 Done! In the picture below, it looks huge, but that's just the weird framing in relation to that chair. It's maybe eight or ten inches in diameter. 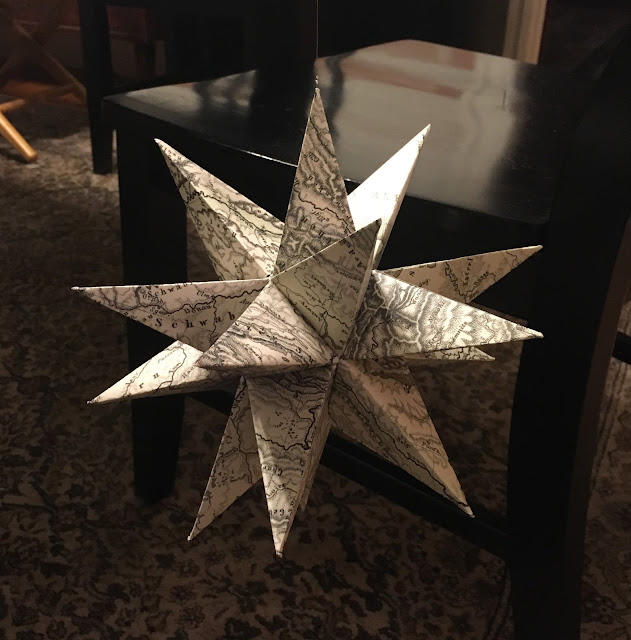 It was heavier than we were expecting. We stuck a 3M hook to the ceiling above the Christmas tree and did a test run to see if it could support the weight. :o) 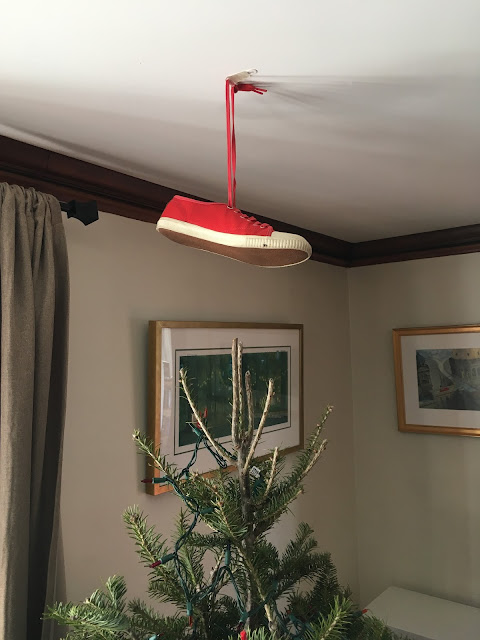 I left for the office and got a text message a few hours later that said, "The shoe fell :("

The placement of the hook and shoe had been a little bit of a project, so I was expecting another project with the proper ceiling hooks when I got home. Instead, when I walked through the door this evening, this is what I saw. 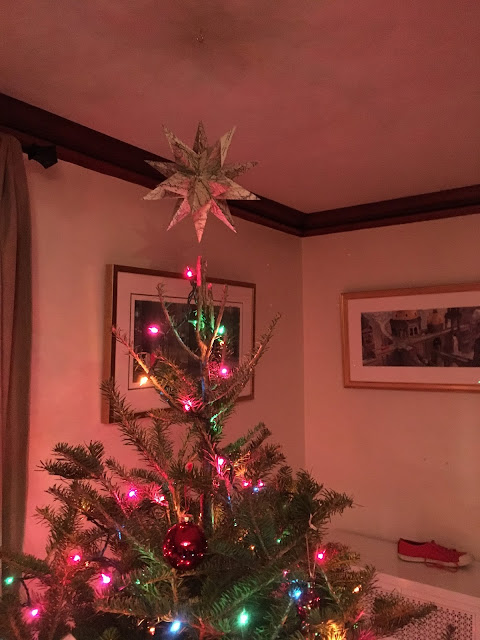 I'm not sure if it's clear how cool it looks! Kevin suspended it about an inch above the tree, on a transparent string. It looks impossible. 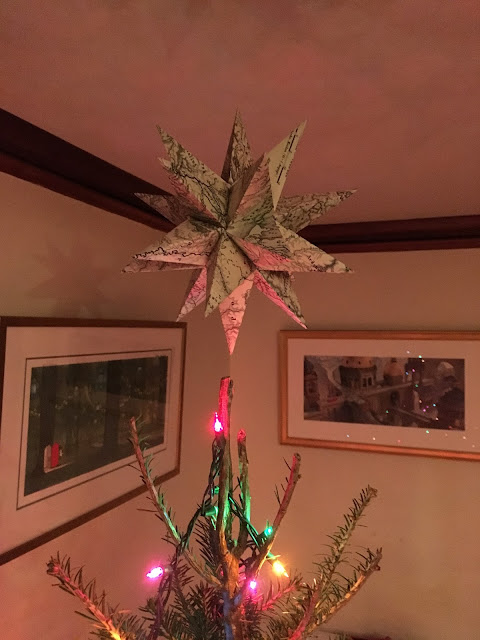 And that was my star-making adventure :o). Happy December, everyone.
Christmas home making things