Some Jane Stuff and My 41st Birthday! 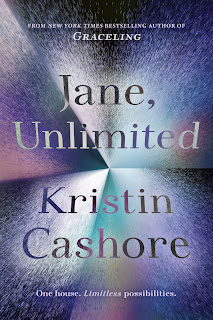 I haven't been great about sharing nice news about Jane, Unlimited in the world, because life has been busy, and also because... well... I would generally rather talk about anything other than my own books! Ha! Also because I keep forgetting which things are public and which haven't been officially announced yet, so then I end up not saying anything at all. So. I'm disorganized. BUT, I know I'm allowed to say that Jane has been chosen by public librarians as a September 2017 LibraryRead, along with nine other beautiful books – check out that list. Also, I can report that so far Jane will be translated into Swedish, Russian, and Polish, and also Spanish and Portuguese for the Latin American market. I don't have any timing on that yet, but I will report things as I learn them!

In the meantime… It's birthday week! You know, when I was a kid, forty sounded so freaking old. But now that I'm in my forties, I feel so young – and so connected to myself at so many ages – and so better able to understand my own feelings and make decisions I can be proud of – and so better able to cope with scary things. I know what I want. I know how to take care of myself. Forty-one is my favorite age so far.

To my young readers: you will gain more control over your own story as you get older. There are wonderful things ahead. ♥ ♥ ♥
birthday Jane Unlimited news