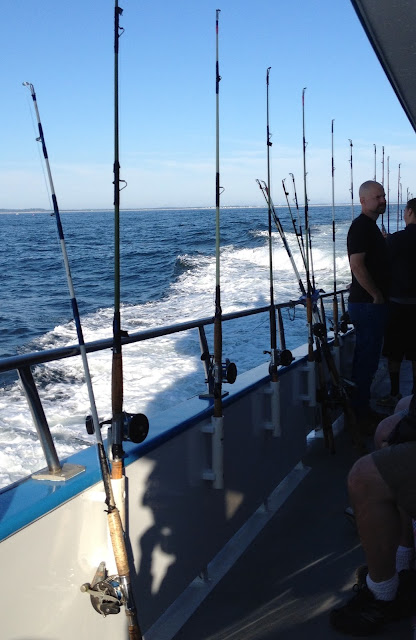 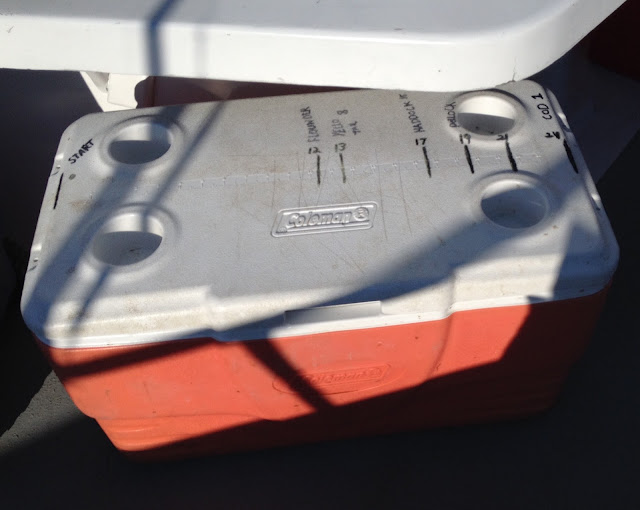 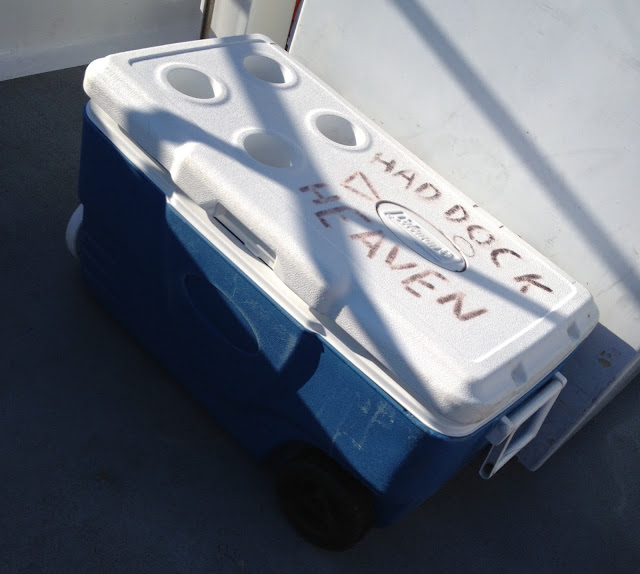 On the way out to the deep sea, I was so happy. I love boats. I love moving fast with all the wind. I loved bouncing over all the waves. I told Kevin that my Sicilian ancestors must have been seafaring people, that's why I love this so much.

For the next six hours, the only thing that kept me from puking was lying down, in the air, alone on the upper deck, with my eyes closed. If my brain was in any way responsible for keeping my balance, I would puke. The people on the boat were so nice. When I told them I would prefer not to continue puking over the side and instead would like a bucket so I could go up by myself to puke in peace, they found me a bucket and helped me up. Poor Kevin had a hard time enjoying himself, because there was nothing he could do to help me. The first time he came to visit me on the puke deck, the sight of him reminded me I was alive, which made me puke. I encouraged him to try to go enjoy himself fishing. I had caught fish before (though not at sea). Kevin had not. I wanted him to catch a fish.

Before too long, a young man, also looking for a place to puke in peace, joined me on the upper deck. We spent some time in companionable silence alternating use of the puke bucket. I never learned his name, but he was wearing a Free Brady T-shirt. There was a time not too long ago, only this morning, when I hated everything New England Patriots and was deeply tired of quarterback Tom Brady. I feel differently now. This is the sort of magic that happens when you share a puke bond with a stranger.

Following all that, there was a stretch of time I don't remember. Kevin visited me a couple times and later reported that he'd found me asleep. I do remember moaning to him that I'd changed my mind about my Sicilian ancestors. I also moaned to him at one point, "Nothing ventured, nothing gained." I believe that sincerely. I'm glad to have tried deep-sea fishing. I didn't fish for even a second (it was unthinkable), but I definitely had an experience.

Also: Kevin caught his fish! And I even witnessed it! At one point, after some time had passed with no puking, I decided I was cured, jumped up, ran downstairs, told Kevin I was cured, suddenly realized I was about to puke, and in that moment, Kevin caught a haddock. I managed to get a picture before puking. Have you ever heard of anything more serendipitous? 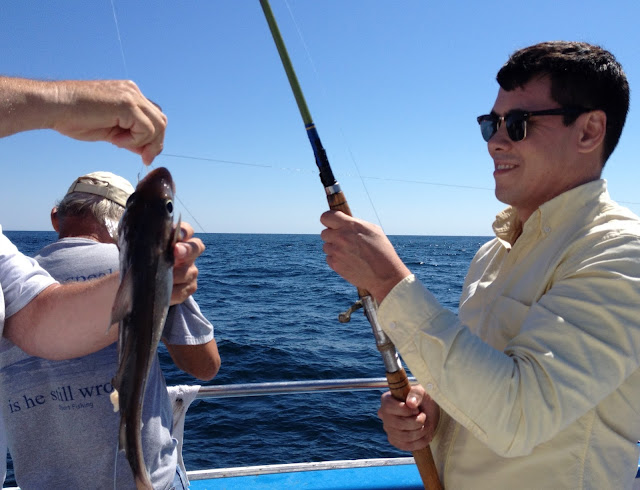 So, yeah. Maybe deep-sea fishing isn't for me, and man, is it beautiful to be on solid ground again. But stay tuned, dear readers, because Kevin and I have pledged for one year to do one new thing every month that neither of us has ever done before. That's why we went to a wolf sanctuary in April; went indoor skydiving in May; floated in June; played golf in July; and went deep-sea fishing in August. What in the world will we do next month? :o)
deep-sea fishing new things