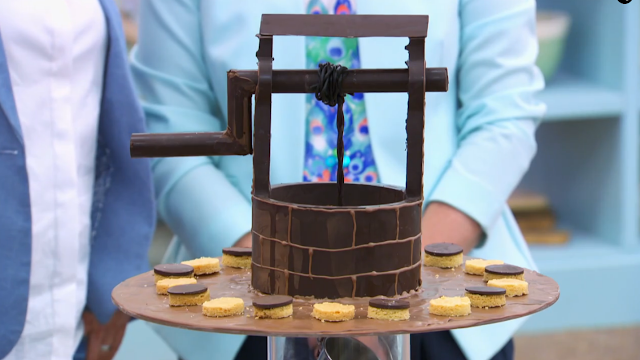 ...with a bucket that drops to the bottom to collect liquid white chocolate for dipping the biscuits in. 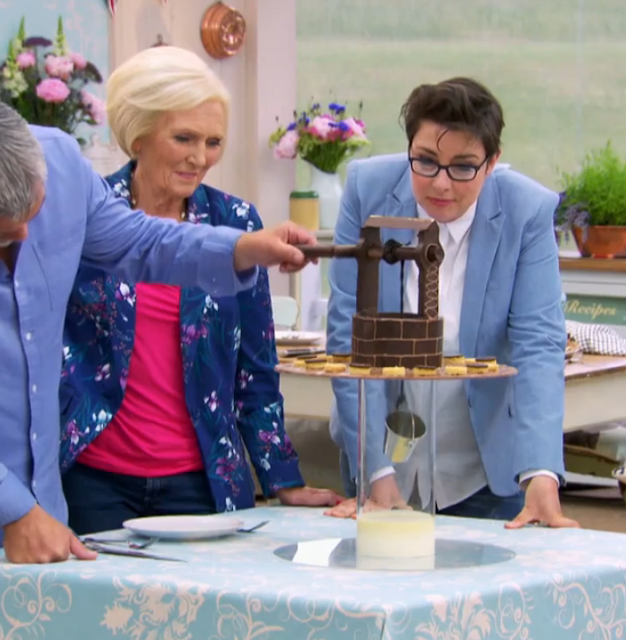 The judges told the contestant (whose name I'm not saying because it would be a spoiler) that it needed more decoration, frills, and furbelows.  Dear judges: Wrong.

At Reuters: France defends burkini ban on tense post-attack beaches. Wow, does this make my blood boil. Dear French officials: Stop telling women to uncover their bodies and calling it feminism. Stop telling women what to wear, period, and calling it feminism. Racism, misogyny, and religious intolerance are especially disgusting when you claim to be doing it on behalf of these women, who will now not be able to go to the beach.

In better French news, at The Guardian: How a 3-D clitoris will help teach French schoolchildren about sex.

At the Huffington Post: 15 Women Proving You're Never 'Too Old' for Rainbow Hair. Love these pics!

At Neatorama.com: These Gorgeous Glass Sculptures Look like Knitting in Progress. Sculptures by Carol Milne; definitely go straight to her website for more wonders.

Finally, it rained on my 40th birthday… which meant that I got to have fun with colors :o). 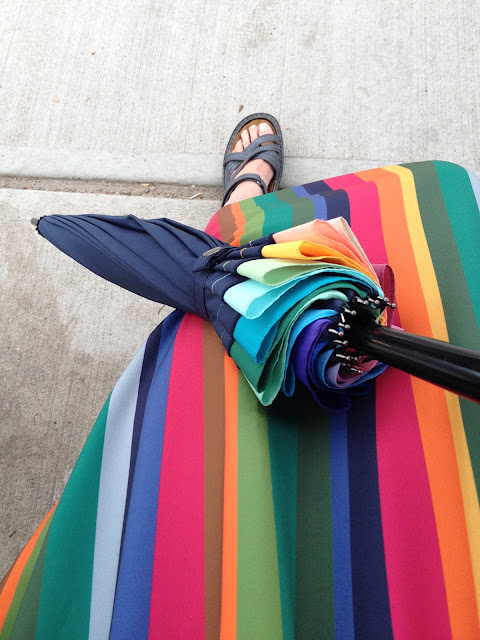