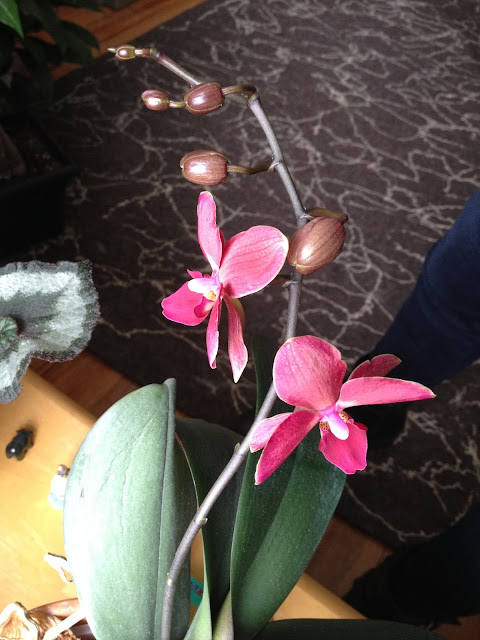 A lot of people are nervous about caring for orchids, but in my experience, the big secret is that they do great with a light touch. It's practically impossible to underwater an orchid. This particular orchid suffered through a sustained period of neglect (like, over a year) during which, distracted and preoccupied, I probably remembered to water it once a month, then, whenever I did water it, fearing to drown it, gave it very little water. It's repaying me with a whole new stalk and seven healthy buds! 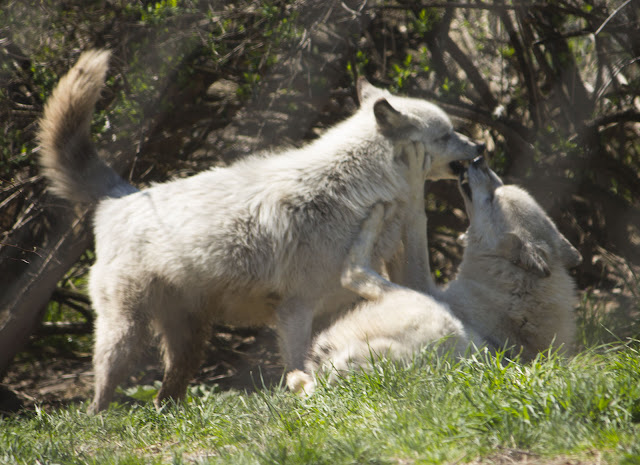 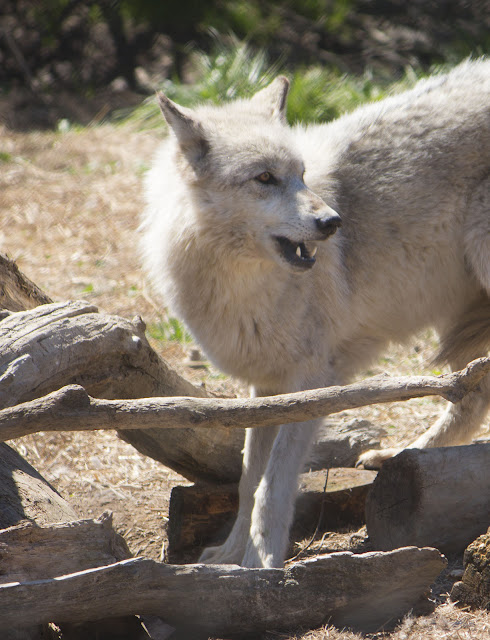 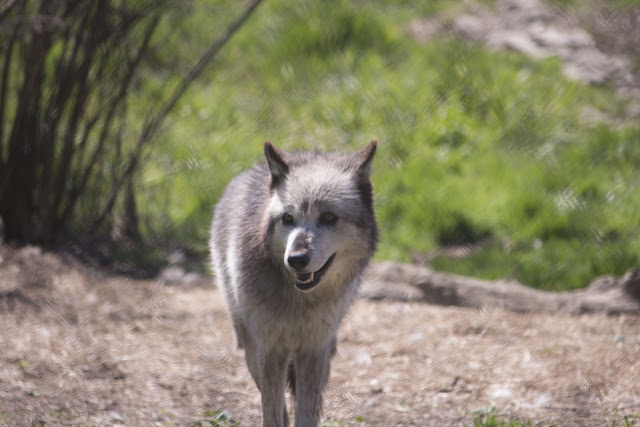 Kevin took these pictures with Fancy Camera, from a distance, through two spaced-out chain-link fences. You might be able to see the diffused image of the fences; it looks like distortion in the air around the wolves.

I recommend this place, it was really interesting! We learned that wolves have been grossly misrepresented as human predators. In fact, only two people in North America have been killed by wolves in the past one hundred years. We learned the difference between wolves and huskies; that dire wolves were a real wolf species that went extinct when their primary food source, the woolly mammoth, went extinct; that wolves have a complicated social hierarchy; that they mate for life; that they mourn their dead; and that their populations in North America are severely threatened. One of the wolves in the sanctuary, named Bear, is actually a wolf/German Shepherd hybrid who was bred as a pet (such an obviously bad and irresponsible idea!), then needed to be removed from its domestic situation. (Um, because it was DANGEROUS. I hate people.) Luckily, simultaneously, a wolf at the sanctuary who'd lost her pack due to social maneuvering needed a companion. The sanctuary opened its doors to Bear, and now the wolf and the wolf/dog live together. :o)

ETA: I notice that on the website, Bear's doggy origins are a little more unclear -- maybe he's part husky or malamute? Regardless, his tendency to howl would bother the neighbors, so he was in danger of being euthanized by the Environmental Police. Wolf/dog hybrids as domestic pets = really bad idea. It's against the law in Massachusetts. You can read more about each of the wolves here!
home orchids wolves